Let’s hear the inspiring story of Kamal Lakhanwala .A 35-year-old man from Mauritius had a Brain tumour surgery in India with the help of Medserg.

Kamal, a 35-year-old from Mauritius, one day suddenly started to feel dizziness as well as a sense of loss of vision.

He was diagnosed with a brain tumor in Mauritius at a local hospital. He has been told that it was too late; his tumor had gotten bigger, and he needed surgery urgently.

To find out how his condition could be treated and what kind of surgery he would require, Kamal talked to many doctors and specialists.

But, the hospitals in Mauritius didn’t have the expertise and resources to cure him.

The price was also on the higher side, which Kamal couldn’t afford.

Kamal started doing his research on the internet and came across Medserg. An online healthcare Q&A platform where you can get all your questions answered by top doctors.

Being satisfied with his queries being solved, he contacted Medserg to get more detailed answers to all the questions he had in mind regarding the brain tumour.

One of our executives from Medserg got connected with him.

She helped him get connected to Dr. Sandeep Vaishy. He is a neurosurgeon from FMRI Hospital, Delhi. After reviewing his reports, Dr. Sandeep advised him to travel to India to get his surgery done.

After getting convinced, Kamal embarked on a journey that would change his life forever.

Medserg helped him plan his entire journey from Mauritius to India and back. From arranging his medical visa, travel documents, and lodging, he was also guided by Medserg  on how to prepare for the trip and what he should do while traveling.

On meeting Dr. Vaishy, Kamal shared his entire story with him. Dr. Vaishy assured him that he would do everything possible to help him get back to his everyday life as soon as possible.

Before starting the treatment, the doctor recommended undergoing tests to understand the severity of his tumor.

The tests were as follows:

Finally, he underwent craniotomy surgery in Delhi under the guidance of Dr. Vaishy.

Because of the tumour’s size, its removal affected his balance and ability to walk. He has to go with physical therapy for months. Eventually, Kamal started walking again.

After six months, Kamal came back to India for radiation surgery.

Fortunately, he seems to be in good health now.

Kamal and his family were highly thankful to Medserg for the prompt action and help.

The positive attitude of the surgeons, nurses, and staff was very encouraging for him.

Kamal said it was an excellent experience to have met such an incredible team of doctors who treated him with care and concern.

Note:  We respect our patients’ privacy, so the name has been changed to maintain confidentiality. 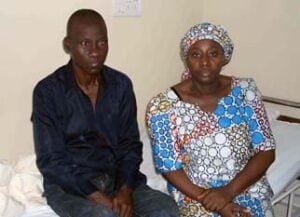 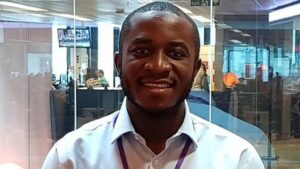 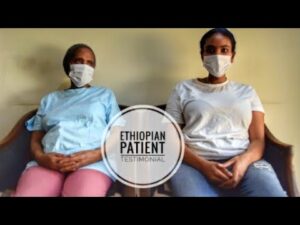