After Months of Chemotherapy, Najia Harrous of Libya Finds the Best Specialist at Dharamshila Cancer Hospital for a Meticulous Bone Marrow Transplant in India

A bone marrow transplant is a medical procedure performed to replace unhealthy bone marrow cells with healthy ones. This transplant is carried out to treat people with conditions like leukemia – blood cancer, multiple myeloma, severe blood diseases such as aplastic anemia, thalassemia, sickle cell anemia and certain immune deficiency diseases.

56-year-old Najia Harrous, was forced to take on an unfamiliar role as a patient when she was first diagnosed in December 2017 with Chronic Lymphocytic Leukaemia (CLL). Feeling tired and short of breath, Najia was treated for asthma. However, while visiting her sister in hospital, her temperature spiked and a visit to the hospital detected low blood counts that lead to her cancer diagnosis.

After consultations and multiple rounds of Chemotherapy, it was clear that the only route left remaining was to get a Bone Marrow Transplant. In hopes for proper care, Najia’s husband Mohamed Annami began looking for treatment alternatives abroad. “Money was not an object, we simply wanted the best healthcare and my wife to soon get better”, said Mohamed.

Being quite familiar with all things online, Mohamed began scouring the internet for options, “My search eventually led me to Medserg.com. I think the best thing about your service is that you have multiple options for hospitals and doctors which makes the entire process a lot easier.” They were provided with top 10 bone marrow transplant hospitals in India. After speaking to their Medserg case manager Ibrahim Usmani, they decided to go with Dharamshila Cancer Hospital.

Arriving at New Delhi on the 17th of April, both husband and wife were picked up from the airport and dropped at their hotel before the day of their appointment. They were to meet Dr. Suparno Chakrabarti who would conduct the procedure. Dr. Suparno who was all too familiar with cases of this nature ruled out Chemotherapy. After weeks of platelet transfusions, a Bone Marrow Transplant was the only real cure as a relapse was fairly certain given the prognosis. Thankfully Dharamshila hospital specializes in procedures of this nature. The procedure involved carefully replacing the unhealthy marrow with extracted marrow from the patient.

“Following the procedure, the doctors were very positive with us after the disease began disappearing. I started to glimpse at the possibility that we may get to go home soon,” recalls Mohamed. Najia is faced with a tremendous amount of physical challenges post-transplant but is on her way to recovery. “I am still on medication, but the doctor has lowered my dosage. I have also made considerable changes in my diet,” says Najia.

After almost three months in India, the duo made their way back to their home country on the 15th of June. Now back in their home country, the family is as happy as ever. “Doing laundry, making dinner for my family, and being with my family was never as wonderful as it became after my diagnosis. This entire ordeal had made me appreciate life and the graces of God,” says Najia. “Thank you for your tremendous help and support you gave us while we were in India and thanks to Dr. Chakrabarti as well. Must say he is the best bone marrow transplant doctor in India.” 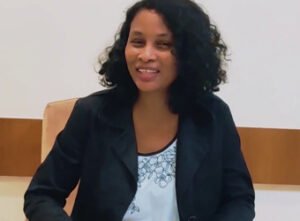 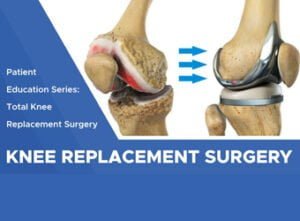